So what does the Productivity Commisioner Report say ?

We woke this morning to the headlines screaming out:

It makes for seemingly depressing reading in regards to how poorly GPs are looking after their patients:

It is however always advisable in such cases to always seek out the source documents and see what it states without the political bias that the media on either side of the divide attach to it.

So this is what the Report states (with my bias as a GP tainting the interpretation): 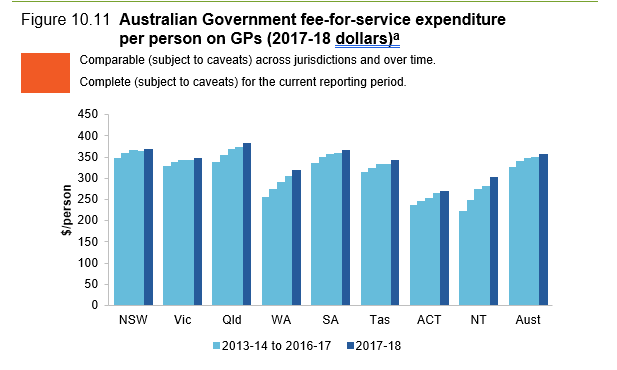 The Medicare Statistics does give the actual out of pocket costs which in Australia is $36.50 per GP visit and in the ACT $43.72 – hopefully the ABC journalist read this blog and do their homework correctly next time

This statistic is however flawed unless it is very clearly identified if a patient had chosen access to ANY GP at ANY time. 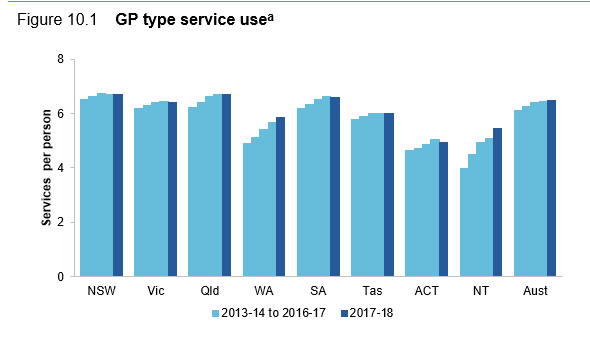 This figure has also been relatively static in the ACT over the last six years.

This is most definitely the single most flawed section of this report.

These presentations are defined by them as:

To define these presentations as GP-type attendances is simply wrong and as far back as 2013 Researchers have been pointing out that the AIHW methodology seriously overestimates the actual proportion of GP – type presentations.

My overall summation of the Productivity Report is that GPs are doing an amazing job and that they cost the Government, and patients, less than what most Canberrans spend on their hairdressers or on takeaways each year.

Ironically the Pharmacy Guild saw this debate as an opportunity to once again campaign for changes within Community Pharmacies.

One would have though that their focus would be on how to do something to assist the 7% of the population who cannot afford their medication – unfortunately they instead saw it as an opportunity to argue for a broadened scope for clinical services for community pharmacies.

I would considered this a home goal and a missed opportunity

1 Response to So what does the Productivity Commisioner Report say ?